Posted on November 29, 2018 by The Macdonaldtown Bicycle Club

In January 1930 Sydney’s The Sun newspaper and The Newcastle Sun reported the following unusual occurrence of many years prior: 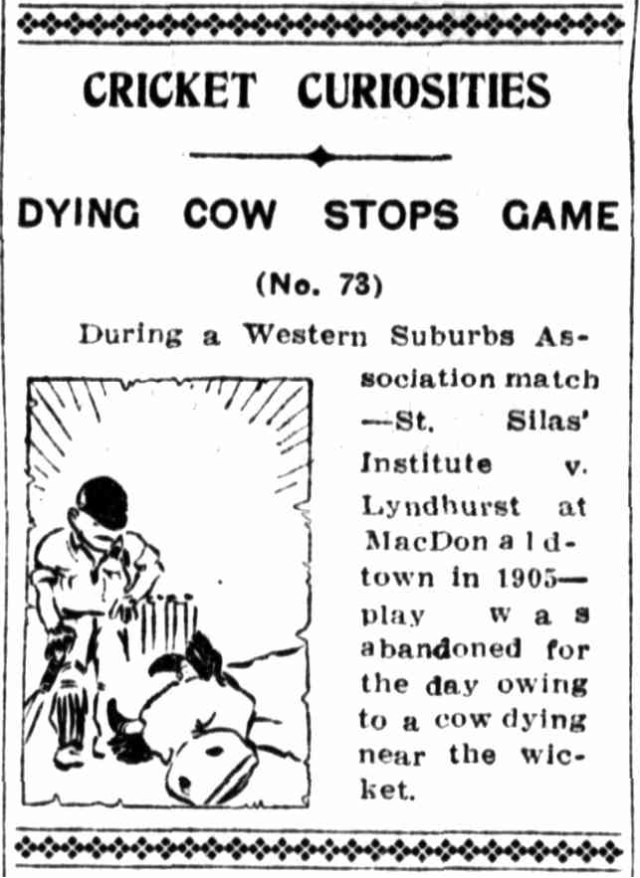 A long-lost Sydney urban myth? Or the exhausted rantings of a sports journalist over-reaching after coming up with 72 other things to find curious about cricket?

Delving into the third grade cricket fixtures for 1905, details of the match held between St. Silas’ Young Men’s Institute and Lyndhurst set down for the Saturdays of October 7 and 14, 1905 can be identified: 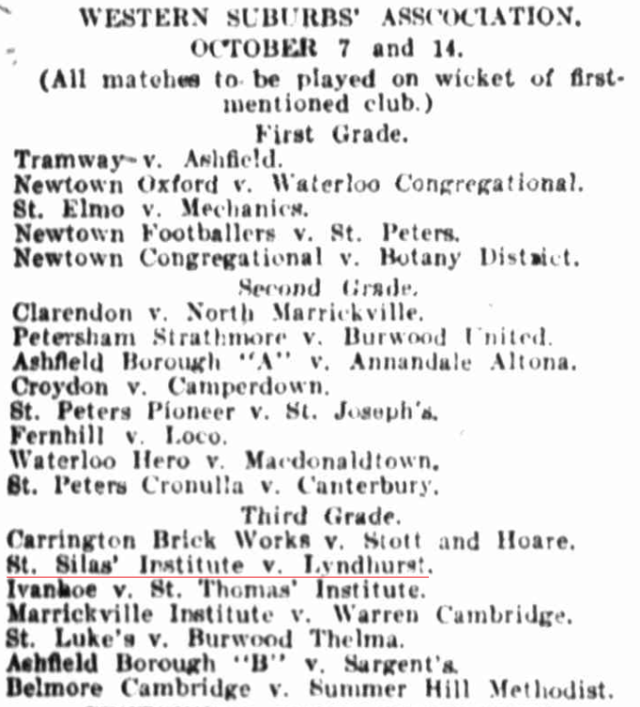 The Lyndhurst Club team was the away team on the day, hailing from Forest Lodge. The team assembled at the Cyclorama on George Street west, near Central Station at 2pm before making their way to the ground.

As it goes, things were looking pretty grim for the plucky Lyndhurst third-graders. Chasing 80, they were all out for 28, with St Silas’ into their second innings at no wickets for 11 at the end of play on day one:

A nod of respect in the general direction of Mr. Perry for putting Lyndhurst to the sword with a four for six. Too good for third grade…

Given Mr. Perry’s devastating impact with the ball, the interruption of play the following weekend would have been to the enormous relief of Lyndhurst. Providing a basis for the article published 25 years later, Lyndhurst’s saviour would indeed come in the form of bovine intervention:

Erskineville at the time was not short of cows. As recently as 1894 a total of 71 cows, all disease-free across six registered dairies were milking in the borough of Macdonaldtown. Of those dairies, three were in a satisfactory condition, one fair, and two were in a bad state. By 1900, whilst the dairies themselves were in good order, one of the 114 cows residing in the local dairies was found to be suffering from tuberculosis and had to be destroyed.

Four years later (and 18 months prior to the incident) a small lake in the vicinity of Eve Street used for watering the cows was identified by the Public Health Department as ‘probably detrimental to the health of the cows‘ -but on the bright side, no ‘actual poisons’ were found in it on any analysis…

And spare a thought for young Edward White, walking along Erskineville Road minding his own business: 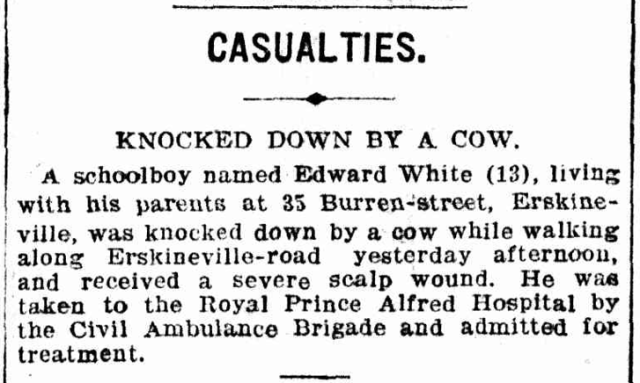 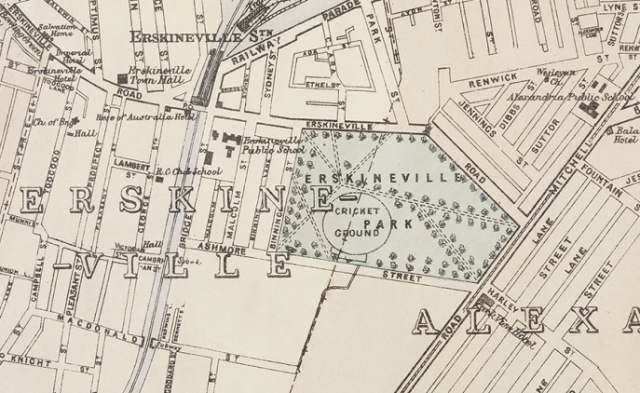 1907 – Erskineville Oval – Extract of Map of the city of Sydney and adjacent suburbs – lithographed and published by H. E. C. Robinson

Erskineville Oval was the venue for another match on the day. A Second Grade match between Newtown and Randwick commenced on 7 October 1905, with the second day’s play the following Saturday. After the first day’s play Randwick were looking the goods over the Newtown lads: 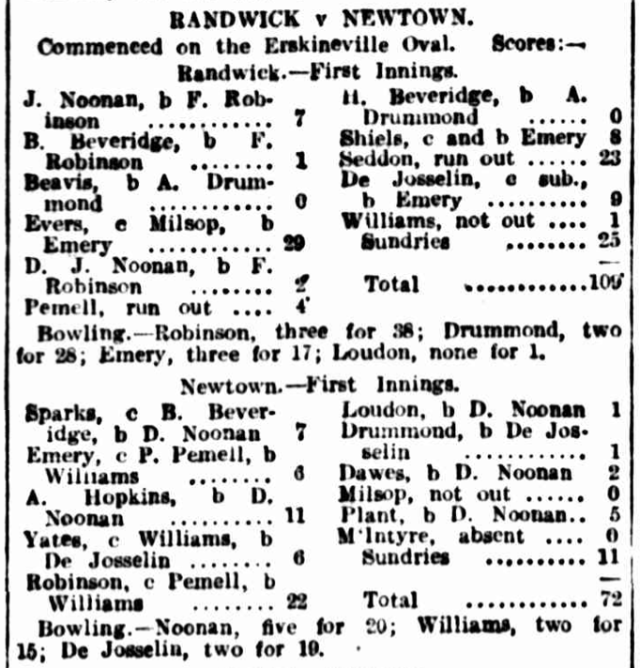 As for St. Silas’, the bovine-hobbled home team on the day in question, it was associated with St Silas’ Church, in the vicinity of McEvoy Road and Botany Road Waterloo:

References to St. Silas’s home ground make mention of ‘Stedman Park’ Alexandria. While the location of Stedman Park in Alexandria remains elusive, the articles published in 1913 may have been making reference to this cricket ground not far from the shores of the Alexandria Canal and south of ‘Macdonaldtown:’

And so, questions remain as to the exact whereabouts of the day’s play, or from where the cow had strayed, and why, if it was on a cricket field it had not kept to where it belonged, forward of deep midwicket to backward of long on.