Excitement at Erskineville – A Ruse Which Led To Escape

Posted on August 30, 2017 by The Macdonaldtown Bicycle Club

A clever instance of police impersonation, which unfortunately allowed the ends of justice to be defeated, is reported from Erskineville…

The Express and Telegraph (Adelaide) Wednesday, 28 May 1902

On the night of Saturday 24 May 1902 Mr. James Sanders, a grocer, had his attention attracted to a man who was upon the balcony of his premises, and whose actions were decidedly suspicious… 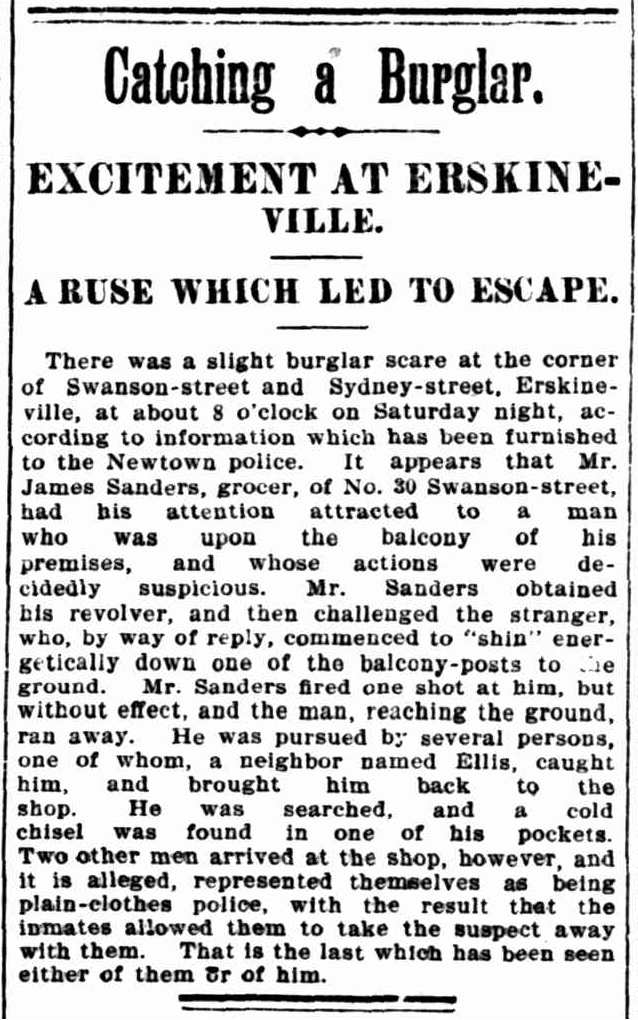 In the days that followed articles throughout the country described the altercation broadly in line with the first article to appear in the Evening News, but with slight differences typically along the lines of the following:

Mr. James Sanders, a Swanson-street grocer, had his attention drawn to an unknown man who was on his balcony, and whose actions were, to say the least, suspicious. Procuring his revolver, he invited the supposed burglar to come down at once. The latter did so, and making the most of an opportunity, made a bolt for it.

There’s just something about the language used. Wonderful. 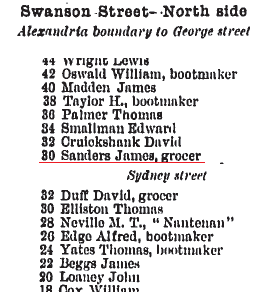 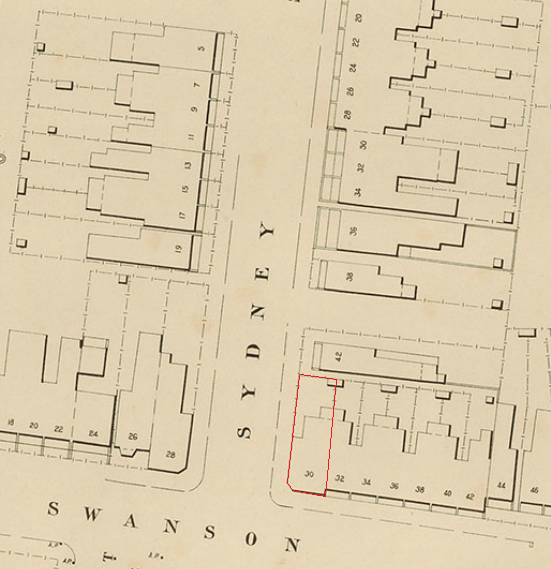 Swanson Street has since been renumbered, and this corner of Swanson and Sydney Streets is now known as 40 Swanson Street. The building still stands, however the balcony (and balcony posts) used by the would-be burglar have been removed: 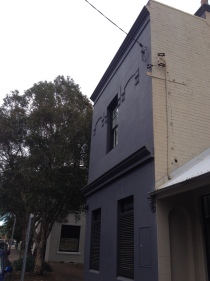 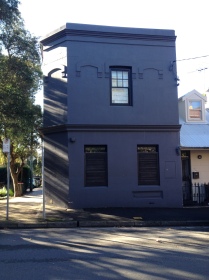 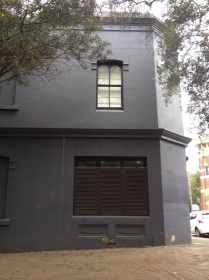 A witness known to have been present at the time of the attempted burglary and the night’s other events was approached for comment, however their co-operation was not forthcoming and they remain tight-lipped: 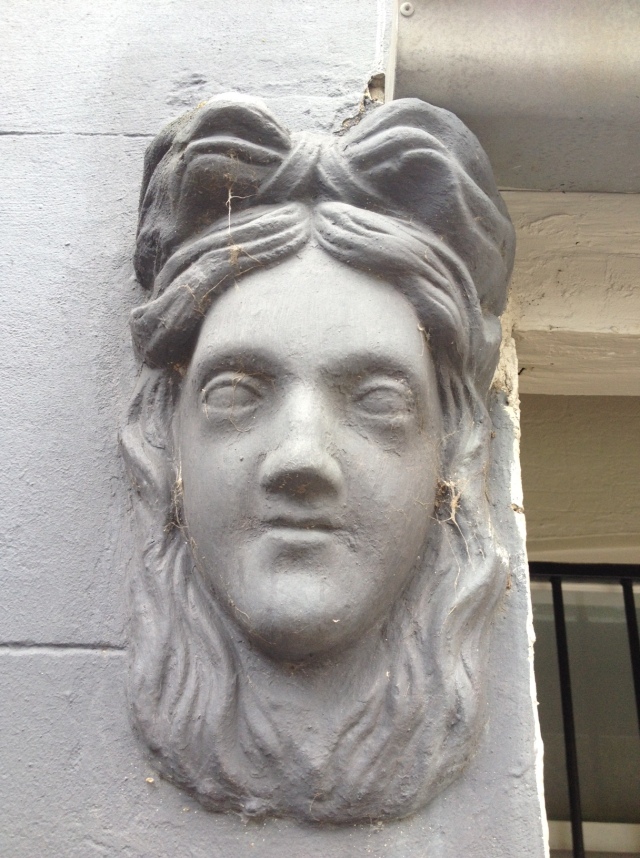