Sausages and Brawn – An Erskineville Factory – Shocking State of Affairs

Posted on September 7, 2016 by The Macdonaldtown Bicycle Club

The seventh day of September features on daysoftheyear.com as Salami Day, encouraging everyone to explore the world of salami by trying new and adventurous types of salami, and enjoying salami with friends at salami-themed parties. So with this in mind and in the spirit of adventure here follows the story of Erskineville’s very own manufacturer of butchers’ smallgoods, Mr. E. J. Dalton and the unwholesome conditions of his premises:

Well, at least we know the horse wasn’t going hungry…

A report in the Sydney Morning Herald the following day covered much of the same details, (pointing out that the floor was swarming with maggots, not insects). The same day the Adelaide Evening Journal reported much the same. A report appearing on 22 November 1907 (here) made it as far afield as The Port Augusta Dispatch, Newcastle and Flinders Chronicle, but given little importance, following articles about the peculiarities of Japan and a declaration that South Australian Emus could no longer be exterminated.

On 23 November 1907 the public relations machine had swung into action, with an association of leading manufacturers of smallgoods ‘emphatically disassociating‘ themselves from the reports.

Tantalisingly, the Wagga Wagga Worker, a little late to the party on 28 November 1907 made a connection between Mr. Dalton and Black Brothers as the offending firm, however having been caught napping confused reports of the Erskineville premises with a butcher located in Kalgoorlie.

Mr. Edward J. Dalton can be identified from the 1903 to 1908 editions of the Sands Directories as residing at 119 Railway Parade (known as Erskineville Road until 1903). The row of houses has sine been demolished and the site is now the location of the Sydney Unit of the State Emergency Services (SES) (Google Maps link). Here is the premises as it appeared in a map published in 1894: 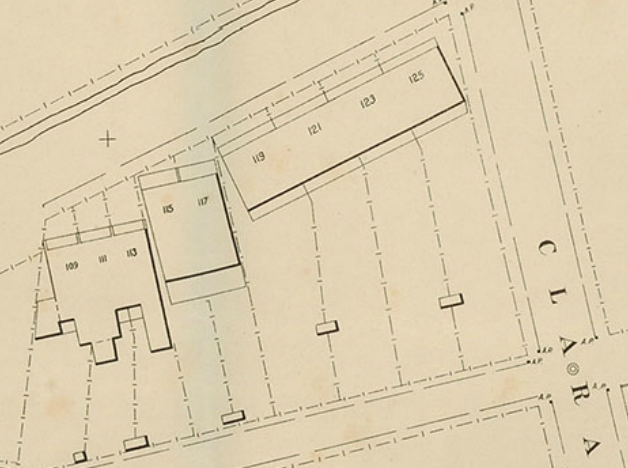 In the 1907 Annual Report compiled by medical officer of health Dr. W. G. Armstrong reporting on the sanitation of Sydney the Erskineville butchers’ smallgoods premises receives a special mention. An extract of an article follows, and reveals the cause of Mr. Dalton’s undoing:

It would appear also from this article that Mr. Dalton, having taken fright at the proceedings and having disappeared from the district had not been tracked down by the Police since!