Posted on February 2, 2016 by The Macdonaldtown Bicycle Club

The Arnott’s celebrates 150 years website describes the ‘Living Pictures’ advertising campaign as running from 1892 until the 1950s and as having involved tens of thousands of proud mums sending in testimonials with portraits and photographs of their well–fed babies. The lucky few would have portraits of their children featured in print.

In 1908, Alice May Edwards, aged seven months of 9 Lambert Street Erskineville was presented in portrait 800. The resounding endorsement of Mrs. Edward Edwards: “I can highly recommend ARNOTT’S MILK ARROWROOT BISCUITS TO ALL MOTHERS” was one of eight thousand testimonials from mothers received (presumably Mrs. Edwards must not have been one to throw about the term ‘highly recommended’ lightly).

Unlike the 1910 t0 1918 run of Hazel Harris of George Street Erskineville, Alice’s appearance seems to have been short lived, with only two advertisements identified from November 1908. The first appearing on 12 November 1908, and the second on 26 November 1908:

For Very Young Children, Crush the Biscuits to a powder, and if possible, put through a very fine sieve. Take a well-heaped dessert-spoon of the powder, and gradually add half a cupful of boiling water, stirring at the same time. Then add half a cupful of fresh milk, and sweeten to taste. It is the best to first sterilise the milk by placing a covered jug or other vessel containing the milk in a pot of water, and boil for half an hour. See that all the vessels are kept scrupulously clean. For Older Children pour boiling water on Biscuits as they are, and give by spoon. A good way is to put a saucer over the cup or basin in which the biscuits are placed to soak, until they swell out, leaving no water. Later on, children can have them either whole or soaked, at home or at school. 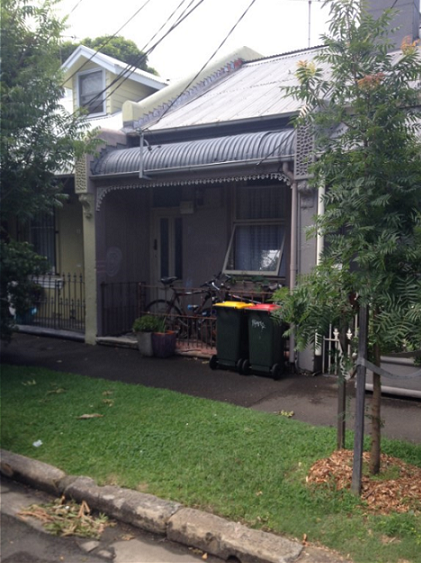 A check of the Sands Directories for 1908 and a few years either side does not allow for the identification of the Edwards family in Lambert Street, with Mrs. Annie Dobson listed at the address from 1906 to 1910 (Mrs. Dobson made her own appearance in the news in 1907). It may be supposed that the Edwards family rented a room in the house. A check of the NSW Registry of Births Deaths and Marriages otherwise shows Alice M Edwards was born to Edward and Charlotte Edwards, in the district of Newtown in 1908.