Posted on September 30, 2015 by The Macdonaldtown Bicycle Club

A man covered in tattoos makes headlines! You would be hard-pressed to find someone living in Erskineville these days without a tattoo – but in 1949 Bill Murrell’s unique tattoos were reported far and wide. Perhaps Bill’s tattoos from Europe, England and the Middle East were considered pretty exotic for the late 1940s. There might also have been something about Bill’s pride for his neck tattoo that caught the interest of reporters: 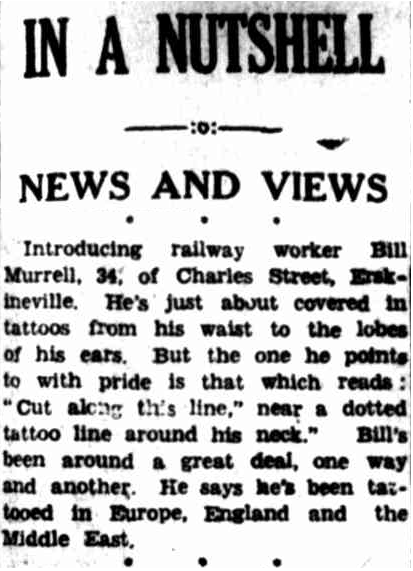 Although the story ran on the first page, the good residents of Bathurst were left to ponder Bill’s tattoos without the aid of a photograph. No such modesty was extended to the residents of Broken Hill however, with Bill’s torso on full view on the front page:

The good readers of the Daily News of Perth were also spared the sight of Bill’s chest, and had to make do with a brief description:

Readers of the South Western Advertiser were treated to the sight of Bill’s tattoos, and the dotted line around Bill’s neck (and Bill’s sweet moustache): 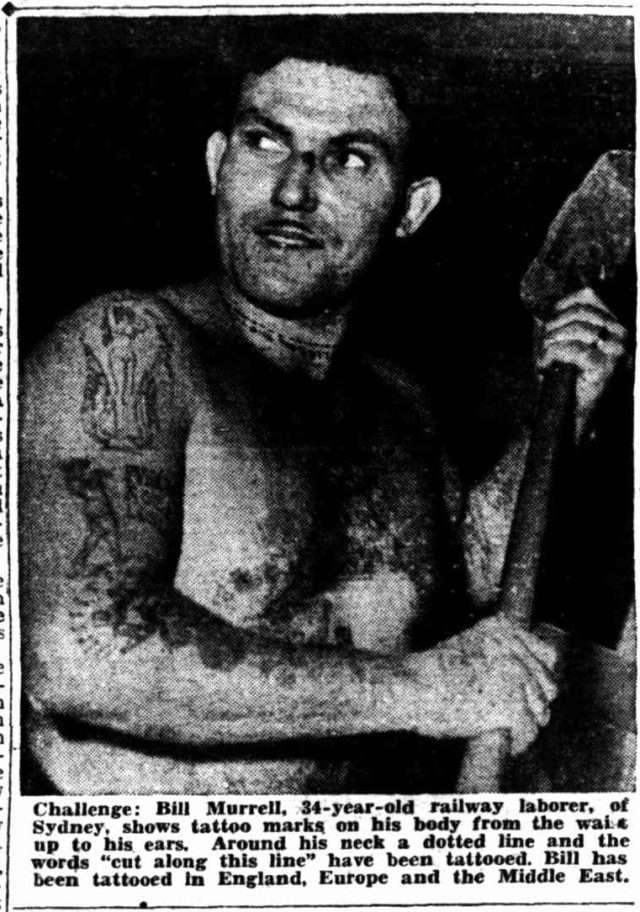 And finally, Bill and his tattoos also received a showing in the Western Australian town of Toodyay: 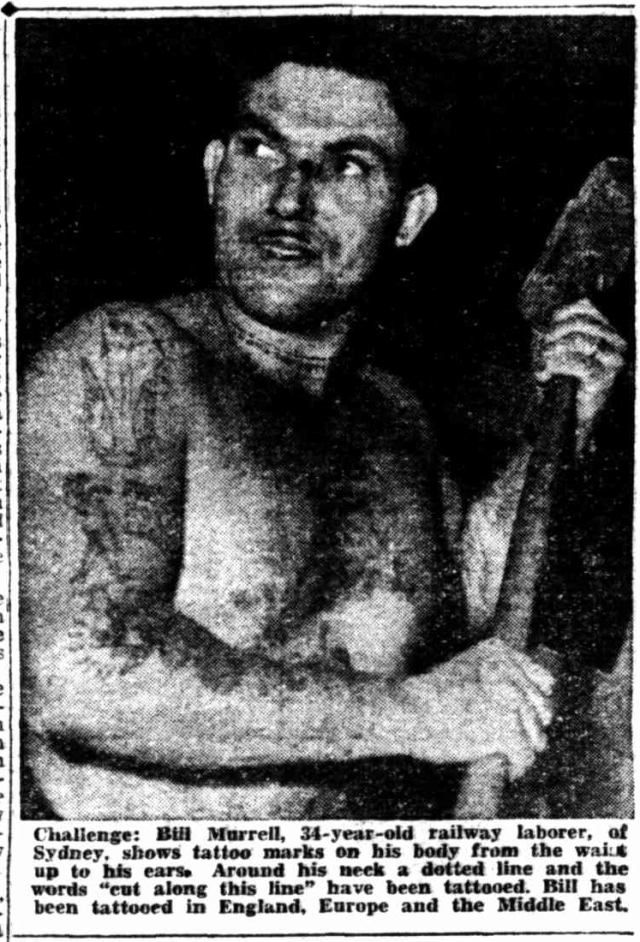 I was having a chat with a long-term resident of Erskineville recently, and upon mention of the name Bill Murrell he immediately moved his finger to his neck as he said “cut along here.” It turns out Bill Murrell lived for a time at 31 Charles Street Erskineville, back when it was a boarding house. Straight off, he described Bill as a “strong bugger” and that they had worked together at Acme Enterprises Pty Ltd, Engineers and Toolmakers in McEvoy Street Alexandria. He says Bill could lift a long length of steel 20 to 30 feet in length that would normally require the use of a forklift.

2 Responses to Bill Murrell – The Tattooed Man of Erskineville